Pearlmoonplenty combines my many interests: writing, reading, women writers, ecobiography, farming, food, feminism, and life in my fifties. To learn about my book, A Bushel's Worth: An Ecobiography, go to http://abushelsworth.com. A Bushel's Worth is a memoir of reunion with my family's farming past and a call to action for local farmland preservation today. 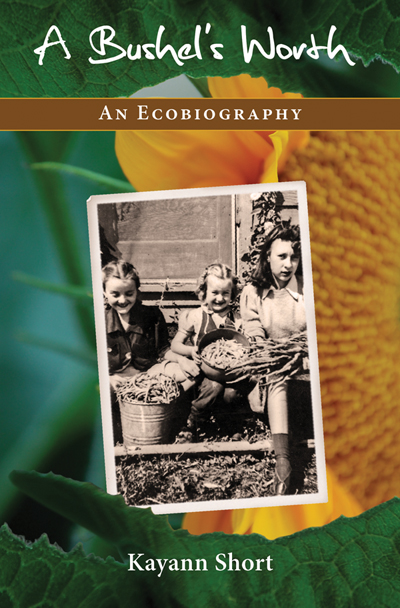 “This memoir of life on a postmodern farm brought tears to my eyes. Hope-filled and moving.” — Tod Davies, author of Jam Today Too.

“Scattered in among musings of local food systems, community action, family history, and current farm realities are clear moments of reflection that demonstrate Short’s acumen as a writer.” –Terrain.org: A Journal of the Built + Natural Environments

Kayann Short is the author of A Bushel’s Worth: An Ecobiography from Torrey House Press. A Bushel’s Worth is a 2013 May Sarton Memoir Award finalist and a Silver Nautilus “Better Books for a Better World” Award winner in Green Living and Sustainability. Her essay, “Soil vs Dirt: A Reverie on Getting Down to Earth,” appears in Dirt: A Love Story, edited by Barbara K Richardson and published by University of New England Press. “What Goes Down” appears in Rooted: The Best New Arboreal Nonfiction (Outpost 19).

“Ecobiography–Mining Memories for the Larger Picture,” an interview in Mud Season Review.

“Riverine,” a novelette, in The Write Launch.

“In the Land of Sky Blue Weather: The Mystery of the Blue Bird Club Photo Album” in The Colorado Magazine.

“To the River” in Burningword Literary Journal.

“Camping in the Coulee,” winner in Midwest Review’s 2019 Writing Contest.

“Swallowtail Summer: Generations of Ecology in the Art and Science of Maria Sibylla Merian” in The Hopper here.

“Bones Beneath Bark: The Ecological Kinship of Trees and Humans” in Hawk and Handsaw here.

Interview with Kaleidoscope and her advice for writers here.

“Food for Bears,” in The Hopper here.

Hear Kayann reading “When the Rain Came” on Colorado Public Radio and read her guest post, “Like Roosters,” for the Thoreau Farm blog. Her essay “Bones Beneath Bark: The Ecological Kinship of Trees and Humans” explores how human health is dependent upon our mutual survival with trees. Her essay in the environmental-literary magazine, The Hopper, “Food for Bears,” examines the impact of climate crisis on the food system for bears and humans along Colorado’s Front Range. Her essay, “What Goes Down,” on the changes wrought by the loss of one tree at Stonebridge Farm, is included in Rooted: The Best New Arboreal Non-Fiction.

Kayann Short, Ph.D., is a writer, farmer, teacher, and activist at Stonebridge Farm, an organic community-supported farm in the Rocky Mountain foothills. Short left North Dakota for Colorado when she was four, but returned each summer to the fresh air and homegrown vegetables of her grandparents’ farms. From these farm roots, she gained a love for wholesome, natural food: as a teenager in the 1970s, she baked granola cookies, discovered quiche, and convinced her high school to carry real apples in the cafeteria vending machine.

During her undergraduate career at Colorado State University, Short was a member of The Feminist Group, a student organization that challenged sexism on campus by shutting down a dormitory Playboy Club, establishing a Women’s Film festival and newsletter, and organizing the community’s first Take Back the Night march. After earning her bachelors degree in literature and women’s studies, Short played violin in a symphony orchestra, became a mom, and managed organic produce at a food co-op. Following in her great-grandmother and grandmother’s teaching footsteps, she returned to graduate school for her Master’s and Ph.D. as a single parent and wrote her dissertation on the feminist press publishing movement.

As an award-winning teacher at the University of Colorado-Boulder, Short directed memoir and digital storytelling outreach projects with community elders, adult literacy students, and women’s organizations. She co-founded the service-learning project Reading Buddies, which paired her writing students with young readers to write books together and make reading fun. In her final semester at CU, her women’s literature students created a digital story on positive body image that was selected for the National Organization for Women’s Love Your Body Day campaign. 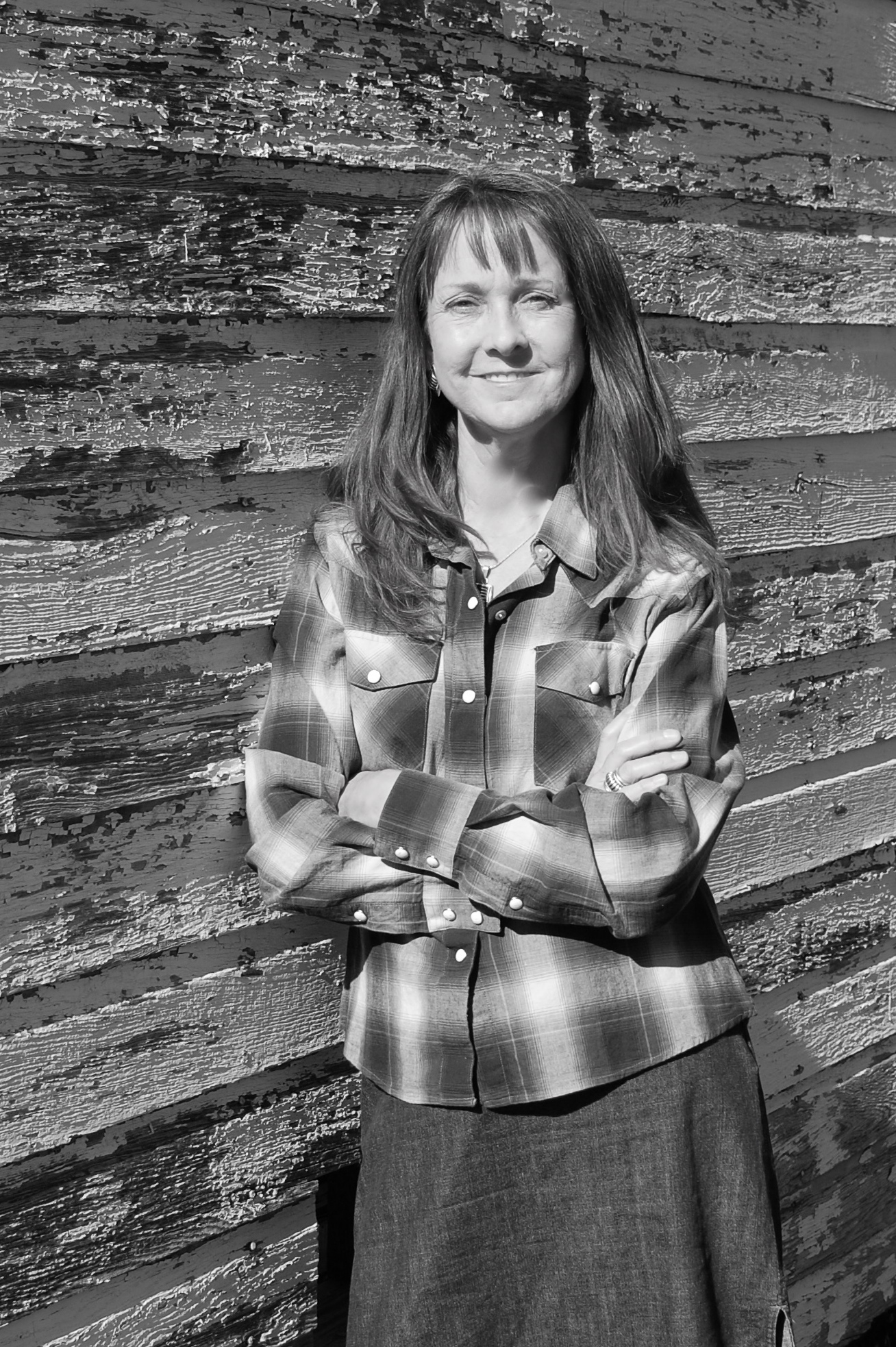 Short’s writing has appeared in Hawk & Handsaw, The Hopper, Mud Season Review, The Write Launch, Canary, Burningword Literary Journal, Midwest Review, Pilgrimage, MacQueen’s Quinterly, The Colorado Magazine, Dash, Mad River Review, The Courier, Colorado Gardener, Redstone Review, Women’s Review of Books, The Bloomsbury Review, Edible Front Range, and various academic journals. Short has taught ecobiography workshops on “Writing the Self in Nature” at the Sitka Center for Art and Ecology and Stonebridge Farm. She facilitates community writing events for the Lyons Regional Library and mentors individual clients on their own ecobiographies. Her essay “Soil vs. Dirt: A Reverie on Getting Down to Earth” appears in Dirt: A Love Story, edited by Barbara K. Richardson (University Press of New England) and her essay “What Goes Down” appears in Rooted: The Best New Arboreal Nonfiction, edited by Josh Macivor-Anderson (Outpost 19). Her work-in-progress is a collective biography of the Blue Bird Club, an early twentieth-century organization of single Chicago working women vacationing in the Rocky Mountains of Colorado.

Short has established a feminist press library archive at Colorado State University in memory of her college friend, June Friedman, and was selected to give the Boyer Lecture in October 2013 by the Women’s Studies and Gender Research Program at CSU.

As an activist, Short promotes the important place of organic food production and agricultural preservation in a healthy, environmentally sustainable community.  Her farming memoir, A Bushel’s Worth: An Ecobiography, is part of the Rocky Mountain Land Library; she is a member of and scholarly non-fiction WILLA award coordinator for Women Writing the West.

Short enjoys knitting, cooking, playing old-time mandolin, and growing fresh vegetables, herbs, and flowers for Stonebridge members with her partner, John Martin.  She organizes community writing events for the Lyons Regional Library and at her farm. Short writes about farming, ecology, and literature on her blog, ecobiography.com.

“This memoir of life on a postmodern farm brought tears to my eyes. Hope-filled and moving.” — Tod Davies, author of Jam Today Too.

“Scattered in among musings of local food systems, community action, family history, and current farm realities are clear moments of reflection that demonstrate Short’s acumen as a writer.” –Terrain.org: A Journal of the Built + Natural Environments

“With a companionable mix of literary and earthy sensibilities, Kayann Short writes with graceful, ferocious attentiveness [and] finds reassurance for herself and her modern family in ‘the old wisdom of the fields.’” — John Calderazzo, author, Rising Fire: Volcanoes & Our Inner Lives

“A heartfelt meditation on farm, food, and family. A Bushel’s Worth tells a love story of the land and a life spent caring for it.” — Hannah Nordhaus, author, The Beekeeper’s Lament: How One Man and Half a Billion Honeybees Help Feed America

“[A] beautifully written and sensually rich ‘ecobiography’ of farm life, . . . A Bushel’s Worth is a loving natural history – of a farm, a marriage, and a way of life that has changed interestingly and dramatically over just a few generations.” — Jane Shellenberger, author, Organic Gardener’s Companion: Growing Vegetables in the West

“[A Bushel’s Worth] is an inspiring story, a gift for all of us, both on and off the farm, who are trying to learn how to slow down our frenzied lives so that we may give ourselves to what really matters.” — Gregory Spaid, author, Grace: Photographs of Rural America

“In rich, thoughtful prose, Short paints for readers picture after picture of the farming life . . . and what it means to “place our lives alongside the land.” — Erin Barnett, Director, LocalHarvest

“[A] beautifully told story [that] forever changed my perspective and awareness as I “walk out” in my own garden.” — Katrina Kittle, author, The Blessings of the Animals

“The book is a substantial meal, . . . as much about growing community as it is about growing food, and it leaves the reader with a generous bushel of instruction and inspiration on both counts.” – Susan Becker, Director, Boulder Public Library Oral History Program

“A Bushel’s Worth: An Ecobiography eloquently depicts humans and nature coexisting and mutually benefiting not only in theory, but in actuality . . . where people treat each other respectfully as they gently work on and with the land.” — Shelly Eberly, National Outings Leader, Sierra Club

Concerted Efforts Toward the Good

When Clouds Come Into View

Purchase A Bushel’s Worth at your local bookstore or through:

A Bushel’s Worth for e-book readers: 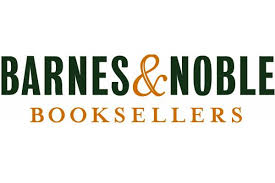